For an ambitious King, his army is the reflection of his aspirations; greater the army, better the chances for his conquests and when in need, would protect the borders of his kingdom. Between the king and his aspirations, the commanders work as commutators, who supervise the whole army, carrying their king's vision.

We learned about the honorary Vaanar kings, Bali & Sugreeve in my last blog-post, who were the divine sons of Indra & Surya, the devas. But they weren't the only dev-putras (son of devtas) around. On Brahmm Dev's instructions, other devas too produced mighty offspring to serve Shri Ram, in the form of valiant Commander-in-Chiefs for their emperor,Sugreeve. Today, let's get to know other popular vaanars a.k.a dev-putras, who with their devotion, wise & gallantry left an indelible impression in the sands of time:

Angad: Grandson of Devraj Indra, Angad was an sprightful prince who was born with his father Bali's vigor and mother Tara's intellect, innate. It was his mother's influence in his life that made him an expert in espial, tactics and diplomacy. When Bali was clueless about Shri Ram's presence in Kishkindha, Angad (on Tara's guidance) had efficiently gathered information regarding the sudden arrival of two strangers, humans in their province.

The vaanar-prince is known mainly for his unshakable stance in Raavarn's court, famed as "Angad ka paon" (where he fiercely puts his right leg forward, challenging the whole court to dare and move his leg). Well, Valmiki Ramayan disproves the fact as nothing such happened. So does it mean Angad was a regular vaanar, in comparison to his famous father? 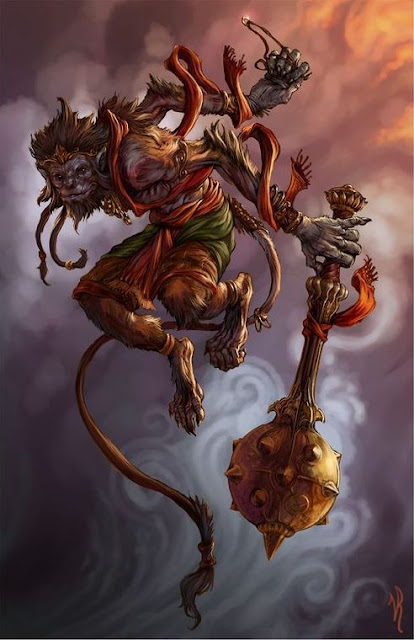 No! the court episode is not a complete imagery. Angad was sent to Raavarn's court on Shri Ram's instructions. When Raavarn tried to disregard him, what followed was a marvelous display of Angad's might that even stupefied Raavarn. But the moment of glory for Angad came in the very first day of The Great War, where he defeated Meghnaad in hand to hand combat. Angad was indeed an expert combatant hence. I guess both sons filledtheir respective fathers' shoes (Raavarn being defeated by Bali once).

I know, thoughts pondering in the mind; how can Meghnaad, the invincible, was defeated by the vaanar prince? It happens when opportunistic mindsets backed by malice/bias color the picture other way round; glorify the corrupt. And it trends easily too, all credits to the nescience that has been in prevalence since centuries.

But that's what happened, as history has it. Indrajeet's anecdotes will feature on third season, based on my third book of this series and we shall know the rest, how did he managed to overpower Ram &Lakshmarn and Hanuman as well.

Nal: Son of Vishwakarma, the architect of the devas, Nal's prominent moment came during one of the historical events of Ramayan: Ram-Setu. After Hanuman successfully located Devi Sita, Sugreeve ordered march towards Lanka. On reaching the southern shores, the dilemma as how the gargantuan vaanar-army will cross the great sea emerges. Shri Ram sought Samudra(Lord of oceans) help, who later informs him about Nal & his parentage: Vishwakarma. Samudra further enlightened Shri Ram that with Nal's knowledge and expertise, an unprecedented bridge can be constructed to cross the Great Sea. Nal with his prowess, constructed the whole bridge in 5 days, covering the 100 yojans of distance. 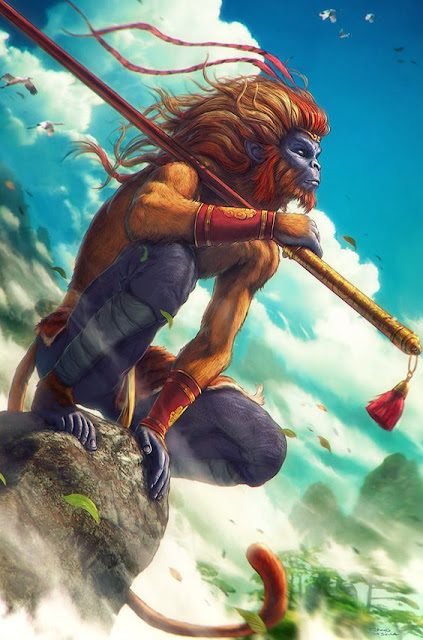 But Nal was not just an expert in Architecture, he also proved his worthiness in the war-field killing many rakshasas.

Neel: An unusual blend of sturdiness & dynamism, after all he was son of Agni. He was amongst the few but efficacious leading vaanars of Sugreeve who wreaked havoc on the opponent's side, killing countless soldiers and some mighty rakshas personnels of Raavarn. He even gave a tough fight to Raavarn; the demon king got so agitated that he assaulted Neel with Aagneyastra. We must know that apart from Hanuman, no other vaanar was immune to divyastras/divine weapons. Sugreeve too, being son of Surya was mighty & authoritative, but had his limitations. But since Neel was the son of Agni, the weapon only knocked him unconscious for sometime, not killing him. 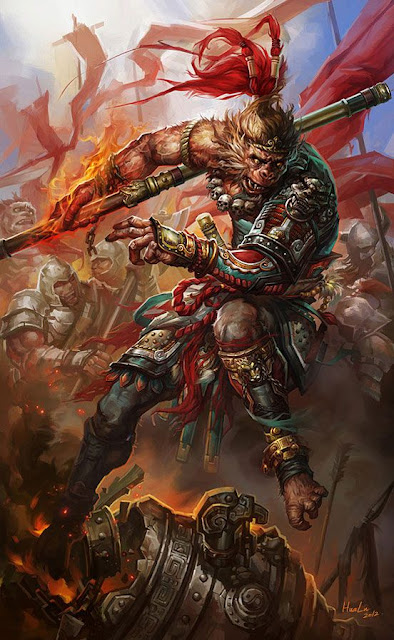 Here before moving forward, I would like to make a disclosure, contrary to popular beliefs, Neel wasn't the partner of Nal in the construction of the legendary bridge. There isn't any legend of curse related to Nal & Neel in actual. And now when we know the origins, it reads more logical. Also, it weren't only stones on whom the bridge was built, giant trees also constituted in the making.

Maind & Dwivid: They both were brothers, sons of the Ashwini Kumars. The fascinating fact about them is not their contribution in the Great War (they fought bravely though), but the time of Shri Ram's solemn egress, where he blessed immortality to Vibhisharn & Hanuman. Shri Ram blessed Maind & Dwivid with longevity, till Kalyug. 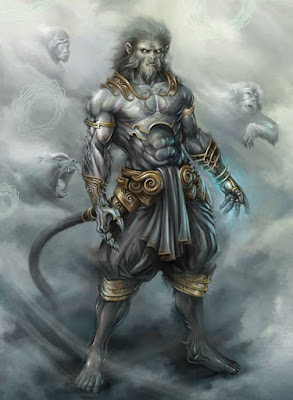 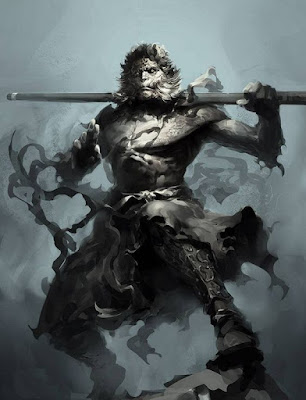 They have also been mentioned in MahaBharat; when King Yudhishtir conducted Rajsuya Yagya, Sahdev was appointed to conquest the southern direction. Sahdev fought both brothers who represented Kishkindha. The amusing thing here is, that Sahdev was too, son of Ashwini Kumar, which means he fought his elder brothers. Though in the end, both Maind & Dwivid were impressed with Sahdev's valor and accepted Yudhishtir's sovereignty.

So, some more misconceptions cleared today, some false glorification disproved and we got more closer to truth, as Valmiki saw it. We will resume with another legendary Dev-Putra in my forthcoming blog, and no, its not Pawasut. His story is larger than any other dev-putra and will featured seperately, a bit later though.

"No matter how much one shout out lies, in the end facts prevail"