"We could never be done, Jimmy. After all, we're brothers. And brothers look out for each other"

Above dialogue, courtesy Marvel's Wolverine, verifies the essence of brotherhood. They were thirsty for each other's blood, but when the enemy came, they fought it out together. That's the thing with brothers, they play, they quarrel, they fight; but they won't ever leave each other's sight.

Considering my last post on Species - Vaanars, and the mentioning of brotherhood; it won't take a genius to guess where we are heading today :). Vaanar Royalties: Bali & Sugreeve.

In Ramayan, when Shri Ram & Sugreeve befriend and vow to stand with each other in both sadness & happiness, there Sugreeve informs Shri Ram, the root cause of his agonies, Bali. Younger of the two, Sugreeve opened his heart to Shri Ram as how a loving and caring brother who was more a father figure, banished him due to an offense that he never did. That was not all, Sugreeve's wife, Rooma, too was abducted by Bali as his sex slave; a sin that later become the prime reason for his end.

So why this happened, how come an endearing brother became ruthless all of a sudden and turned evil? Did Raavarn had any part in this?

We will try to understand each situation turn by turn, but first, let's know the brothers, the 'Dev-Putras':


Bali: King of Kishkindha, emperor of whole Vaanar society; Bali was the most popular king of the Vaanar empire. Bali was born to Indra's radiance and hence known as son of Indra. Bali was married to Tara, an apsara/nymph; together they had a son named, Angad.
Bali was known for his peerless strength; though this can be attributed to the golden necklace that was presented to him by Indra, his father, as it used to transmit the opponents' power in him, enhancing his force manifolds. This necklace was the prime reason for his victory over Raavarn, the unconquerable.

Sugreeve, Bali's younger brother was the crown prince. But one incident sprouted enmity between the brothers, as Bali seized Rooma, Sugreeve's wife. Bali was finally eliminated by Shri Ram, who killed him in hiding while Bali & Sugreeve were fighting. I have already written a blog on why Shri Ram had to kill Bali in hiding, you may read it by clicking here. 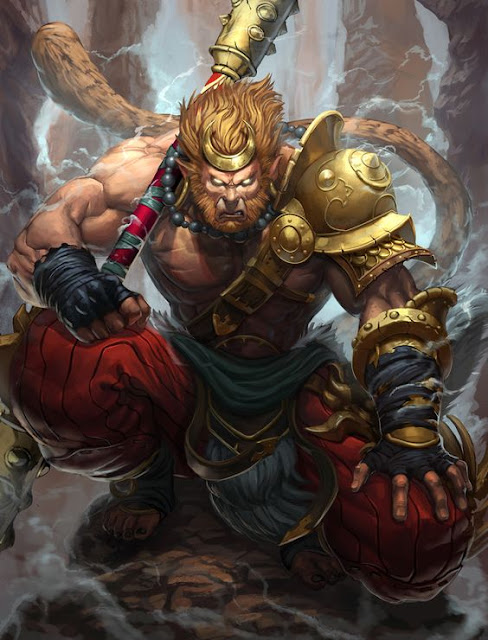 Sugreeve: His identity is usually limited to two things; he was born of Surya's radiance & his elder brother was Bali, who banished him forcefully. Rarely people know about his profoundness; his geographical knowledge that came handy when he send his vaanars to all four directions (Son of Sun after all :)), in search of Devi Sita. Even Shri Ram was dazed with his knowledge and couldn't resist asking him about his expertise..... wait! Let's not get carried away as Sugreeve's profundity is to be put-up some other time. 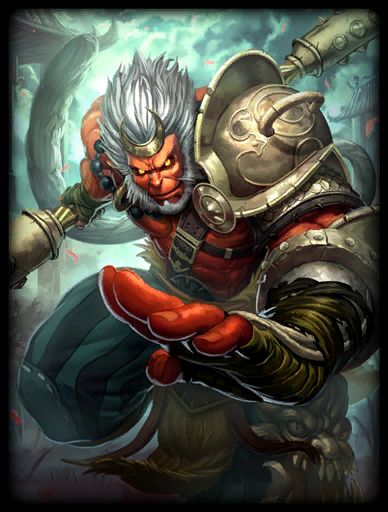 His vigor has always been the matter of the moment, as the general belief says he was one weak king who was dependent on Hanuman. But let me remind you, he was Surya's son who hold same stature as does Indra among the devas. Both brothers were equal in might; the difference again, lied in Bali's necklace.

Origins: The legend of Bali & Sugreeve's birth is pretty unconventional. According to a legend, once Brahmm Dev was immersed in meditation, while he stayed in that position for long, two drops of tears emerged from his eyes. Brahmm Dev wiped those tears from his hand but one drop fell on the ground. Within a moment, a vaanar was born from the teardrop. Brahmm Dev looked at his creation with affection and named him Rikshraja. He asked the vaanar to stay there with him, till his meditation continues.

One day this Vaanar got very thirsty, so he went to look for water. There he found a pond. As he bent down to drink water, he saw his shadow in the water. He thought, "Who is this my enemy here? I will kill him." And he jumped into the pond to kill him. But when he came out he found himself in the form of a beautiful woman, due to the charismatic effect of the pond. At that time Indra & Surya were passing from there, separately. When their gaze fell on the beautiful woman, they found it hard to control their desire. They requested to have intimacy with her, which Riksharaja, now a woman, couldn't deny; being a woman and looking at the handsomeness in her front. The woman, as result of the mating gave birth to two vaanar children: Bali & Sugreeve.
Riksharaja went to Brahmm Dev and informed him about her two sons and their fathers. Brahmm Dev smiled and converted Riksharaja back to Vaanar. He then summoned his messenger and asked to take Riksharaja along with his two sons to Kishkindha, "There live both Vaanar and human beings. Invite all of them and crown him as king there." Hence, Riksharaja became Vaanars king and was succeeded by Bali.

So now we have found about Bali & Sugreeve's divine identity. Let's finish what we left in the beginning; Why Bali turned hostile against his own brother. Well there's another story behind it that sprouted suspicion in Bali's mind. To cut the long story short, this is what happened:

One day Mayavi, a daanav challenged Bali for the duel. He kept provoking Bali, questioning his masculinity.  His move worked; little he knew that was going to be suicidal. Bali decided to teach the daanav a lesson and went out to confront him. Sugreeve also followed him. When Mayavi saw both brothers coming, he saw his end imminent. Petrified, he ran away and hid inside a cell. Bali roared and dashed towards the cell. Sugreeve smelled Mayavi's cheat and cautioned Bali. But Bali still went inside the cell to hunt Mayavi down. Sugreeve remained outside for an year almost and one day he heard a shriek followed by a stream of blood. Thinking that Bali was killed, he placed a big rock to stop the daanav from coming outside. The ministers crowned him as their king. But to everyone's ignorance, Bali was alive and he did return. Looking his brother in singhaasan/royal throne made him forgot all affection and he charged Sugreeve of deception. Sugreeve immediately got off the singhaasan and fell on his feet and explained Bali everything. But Bali saw only betrayal, that too from his once devoted brother. He thrashed him and humiliated him in front of the court declaring him a traitor and banished him from the royalty. Bali didn't stop there and captured Sugreeve's wife Rooma. This was the point where two loving brothers became sworn enemies. 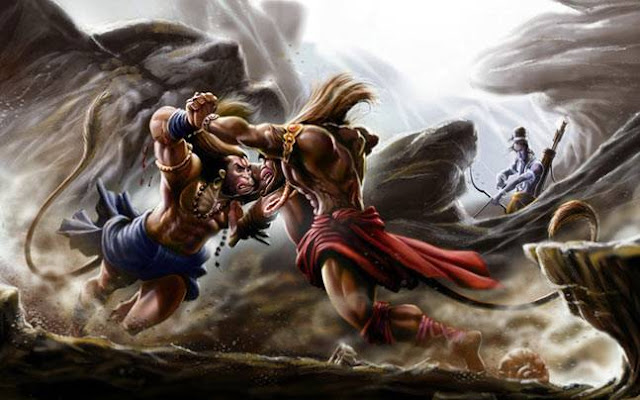 We now know what happened, but the questions still persist:


Before exploring the reason behind Bali's surmise, time to access another legend; Raavarn's. After Brahmm Dev blessed Raavarn invincibility from all species (except humans), the raakshas king went on a global conquest where he won not just over the kings of various humans, asurs & other kingdoms, he also defeated the four lokpaals/overlords; Indra, Kuber, Yamraj & Varurn. The arrogance within him made him challenge any king or being who was considered influential. And one day after learning about Kishkindha, Raavarn challenged Bali. But this time Raavarn had a nightmare in his front, Bali humiliated him by capturing him in his underarm and the raakshas accepted his defeat without a duel. Both kings befriended afterwards and Raaavrn stayed in Kishkindha for a month, accepting Bali's hospitality.

Does the above story implies anything? What does it have to do with the enmity between the vaanar brothers. I once read a quote on goodreads “Evil influence is like a nicotine patch, you cannot help but absorb what sticks to you.” Now I don't/can't confirm it, but put as a supposition to you:

In his month's stay, Bali came to know everything about Raaavrn: his austerity, his boons, his invincibility, his conquests and, his misdeeds. It is said that when two person accompany each other, personality impact happens. Bali was powerful, but just a king of a small province, whereas Raavarn was the conqueror of the world, the glamour in his personality was enough to influence Bali. One month was enough to get infected with the traits of Raavarn's bad company:

This could come as no surprise that Bali's personality too might have got affected and his mindset and beliefs altered. When Bali returned after defeating Mayavi, he saw Sugreeve on his throne. Similar to what Raavarn did to his elder brother and so Bali forgot everything and banished his brother. Same reason applies as to why he captured Rooma, his brother's wife. Here could be two situations:

This can be assumed as a plausibility to a sudden breakage of a harmonious relationship. That's how I see it. The ultimate truth, is known to 'The One'.

We will meet soon, this time real soon and learn about more such legends.

"Evil may seem alluring, but in the long term, it will be the cause to your destruction"