‘You need to pack your bags; you are discarded from the royalty. Any pleasure or exotica is forbidden for you till the next intimation. With immediate effect you need to leave next morning for Maangadh hills. You will stay low profile, work there as a normal worker until you are contacted. Till then, your brother will take care of the empire. Sorry son!’
Imagine if your parent has such shocker ready for you, that too when you are taking a big step in your carrier.  What would you have done in such case, how your gang of emotions would be doing to keep you calm or may be crazy. When you will know that your mother is behind this entire trauma, how would you deal with it? Okay I understand no loving mother does that to her child, but then Kaikeyi was too a loving mother (so what if step, she loved Shri Ram more than Bharat). God bless the internet :p, otherwise we would have gone insane in such boring worker’s life, ain’t that true huh.
Now you will ask, on those times how Shri Ram did survived those fourteeeeeen long years, with no profile designated, what he did for 14 years to keep himself engaged. Simple, he lived his exile making himself strong spiritually. Guided by Sage Atri and his own will, he stayed in the company of acclaimed saints. In the initial 13 years of exile, Shri Ram roamed the whole Dandkaranya region, meeting the saints, promoting parity among different classes spreading the essence of dharm and eliminating the demons that were corrupting the environment and tormenting the sages. In order to install equality with equity, he delivered the values of Aryavart among all the classes and beings uprooting faulty values and beliefs those were spread by the rakshasas.
Who were those demons, their origins, their deeds, were they demons in actual? Let’s know them: 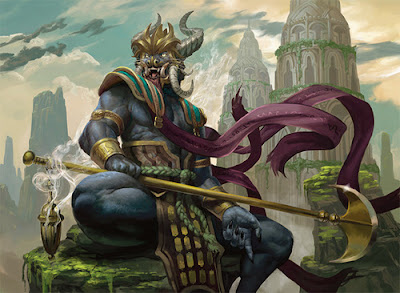 
Shurpnakha: Raavarn's sister, this age old enchantress was a powerful rakshasi who fell head over heels(lustful) with the first site of Shri Ram. She disguised as an attractive woman and approached him, but was ignored by Shri Ram and later Lakshmarn. Driven crazy by her lust, she attacked Devi Sita. Lakshmarn disfigured her by cutting her ears and nose. [read: http://srirom.blogspot.in/2015/06/shurpnakha-failed-enchantment.html] 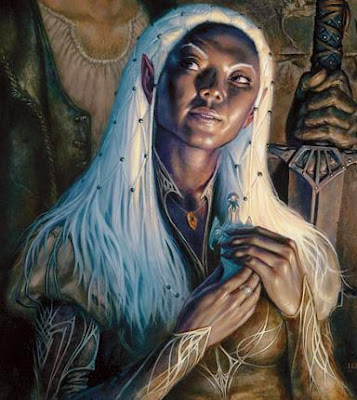 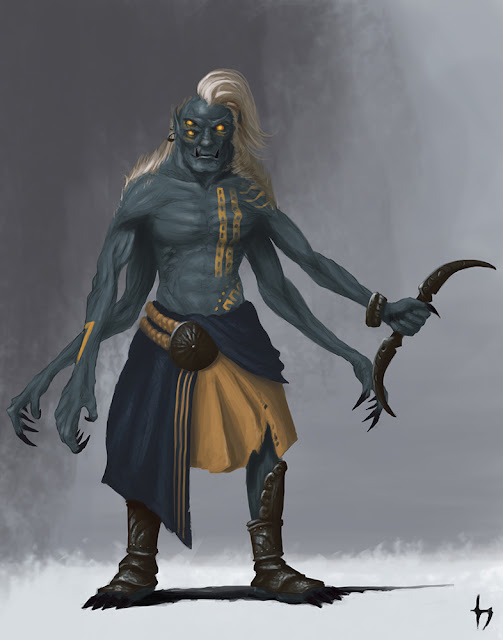 {Image Courtesy: Deviantart}
We will continue this to the next post.
"Revisiting the legends sometimes opens new layers "
'सियाराम'